498A A Law To Provide Justice Or Injustice

498A an act being formed to fight against Dowry harassment or any cruelty against a woman from the husband or the relatives of the husband’s family. This act was created to give justice to the woman, but it soon became a weapon. There are many innocent husbands or relatives of the husband’s family who are victims of his act. Martyr Of Marriage speaks about some cruelty or injustice with men provinces by the women misusing the law of 498A.

Deepika Narayan Bhardwaj, a journalist by profession and the main person behind creating the documentary Martyrs of Marriage streaming on Netflix, have been continuously seeking justice for men’s who are a victim of 498A act. The Facebook page of her is filled up with some horrifying incidents that had happened in society, which are disturbing and vandalizing.

The documentary prevails about the in-depth strategy built up by the lawyer and the police to pull out as much as cash and create a business to fill up their own pockets. It also highlights that if later the husband is found to be not guilty, which grants him the bail, the wife does not get penalized or instead get to pay a fine of ₹10000 for misusing the law.

Shop the best accessories for your iPhone 11 at ZAGG now!

Deepika Narayan Bhardwaj, the woman who fights against the misuse of 498A, has seen many cases where marriage’s land into false dowry cases and love affairs turn out to be a rape.

Martyrs of Marriage is an attempt to bring such matters into the limelight and command justice on all such false cases. In 1983, many devastating incidents were reported by women, which were mostly related to dowry harassment.

The bride was burnt by the husband or by her in-laws for not fulfilling the demand for dowry. As a result, the parliament had to bring 498A in existence.

Deepika received an excellent response for her work in the documentary and bringing in to public attention. She plans to take the literature to the parliament of India, where the 498A act can be re-written once again and abide by it.

The documentary emotionally explains about the families and the loss of their young son’s who were the only hope when they become old. She was also a victim of this false allegation, where her sister-in-law filled a false accusation of dowry harassment as per the 498A act.

Hence MARTYR OF MARRIAGE was formed with the implication to let people be aware of the no of suicides and deaths happening in the society for the misuse of this ACT.

A list of Best Hindi Web Series to watch

A series about brutality and insanity which makes it a must watch. 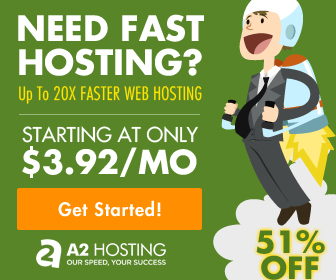 The New OnePlus 7T in the store for you
Know More
Copyright@mowebiseeedia.com